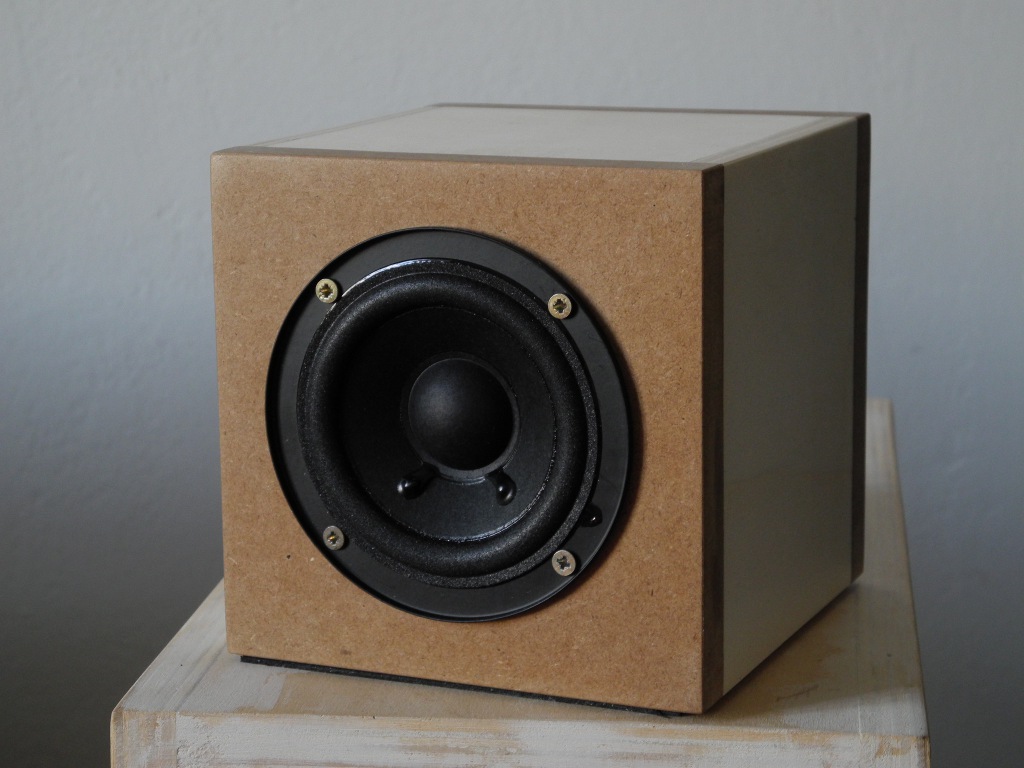 Finished Cubes
Here we have a little project I did on some sunny afternoon in March 2012. The plan was to build a simple small speaker, that sounds like crap, to check my mixes on. I had all the parts lying around for quite a while because I originally wanted to build some spherical bullshit speakers out of GRP(glass fibre stuff), which I did, but I didn't like the result and it wasn't worth the effort. So I went back to good old wood and made this small auratone clones. 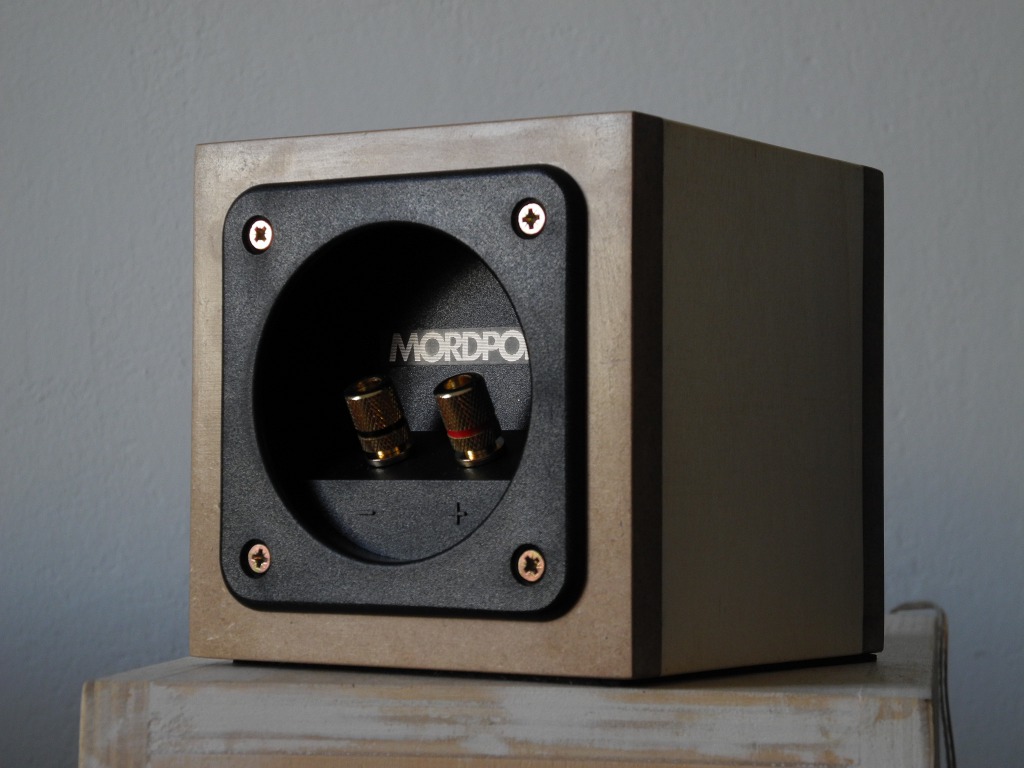 Backside with subtle, tasteful connection terminal
The speakers I used are Monacor SP8-4. They're cheap and small, just what I needed. The enclosures are made of MDF(front and rear - 12mm) and multiplex(sides and top/bottom - 8mm), because I already had it lying around. They're filled with leftover rock wool from an acoustic absorber project. The terminals on the backside sure are oversized, but I had them lying around too.

That's about it. Just send me an e-mail if you have any questions.