I started this project back in 2006/2007 and until a couple of months ago the PCB for it was lying in a box in my cellar. At some point I was looking for something and found it and thought I could maybe give this project another go after forgetting about it for 12 years. So here it is: 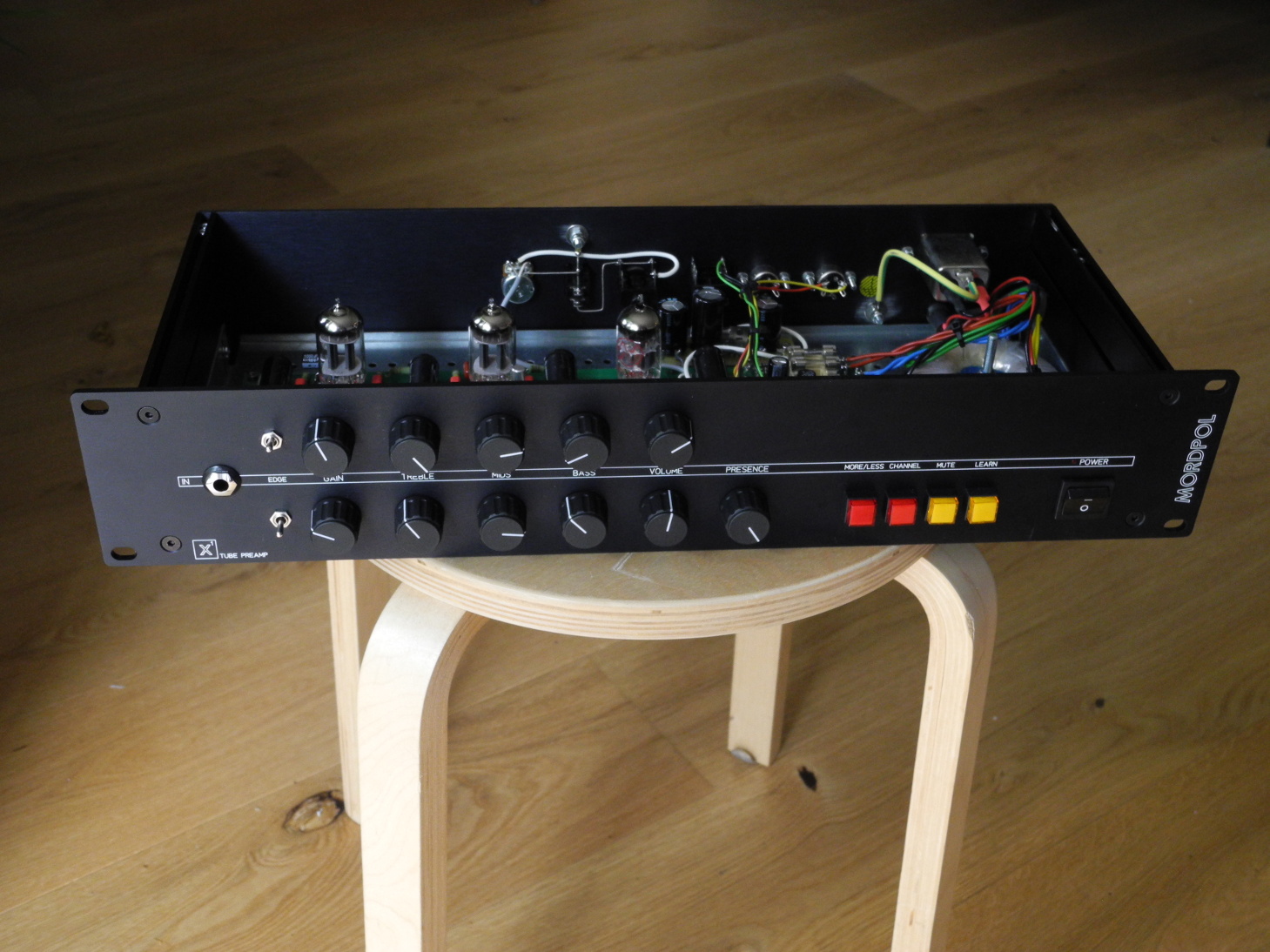 To sum it up, it is a 4-channel guitar preamp, the channels being 1. clean, 2. boosted clean - kinda dirty, 3. crunch, 4. high gain. First and second channel share gain, tonestack, volume controls, and the third and fourth do too. The channels can be switched via some standard footswitch (with either latching or momentary switches) or with a MIDI controller. 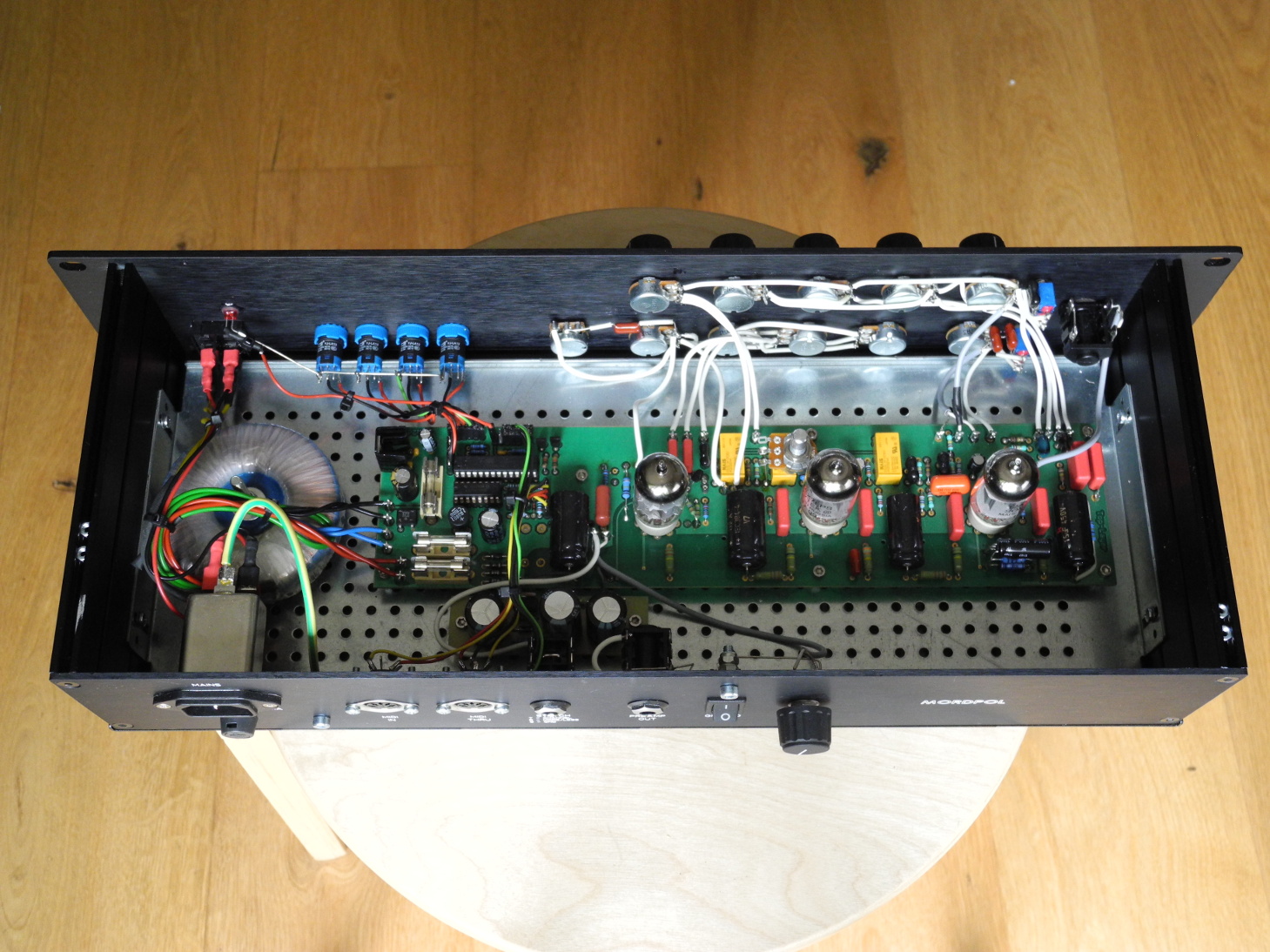 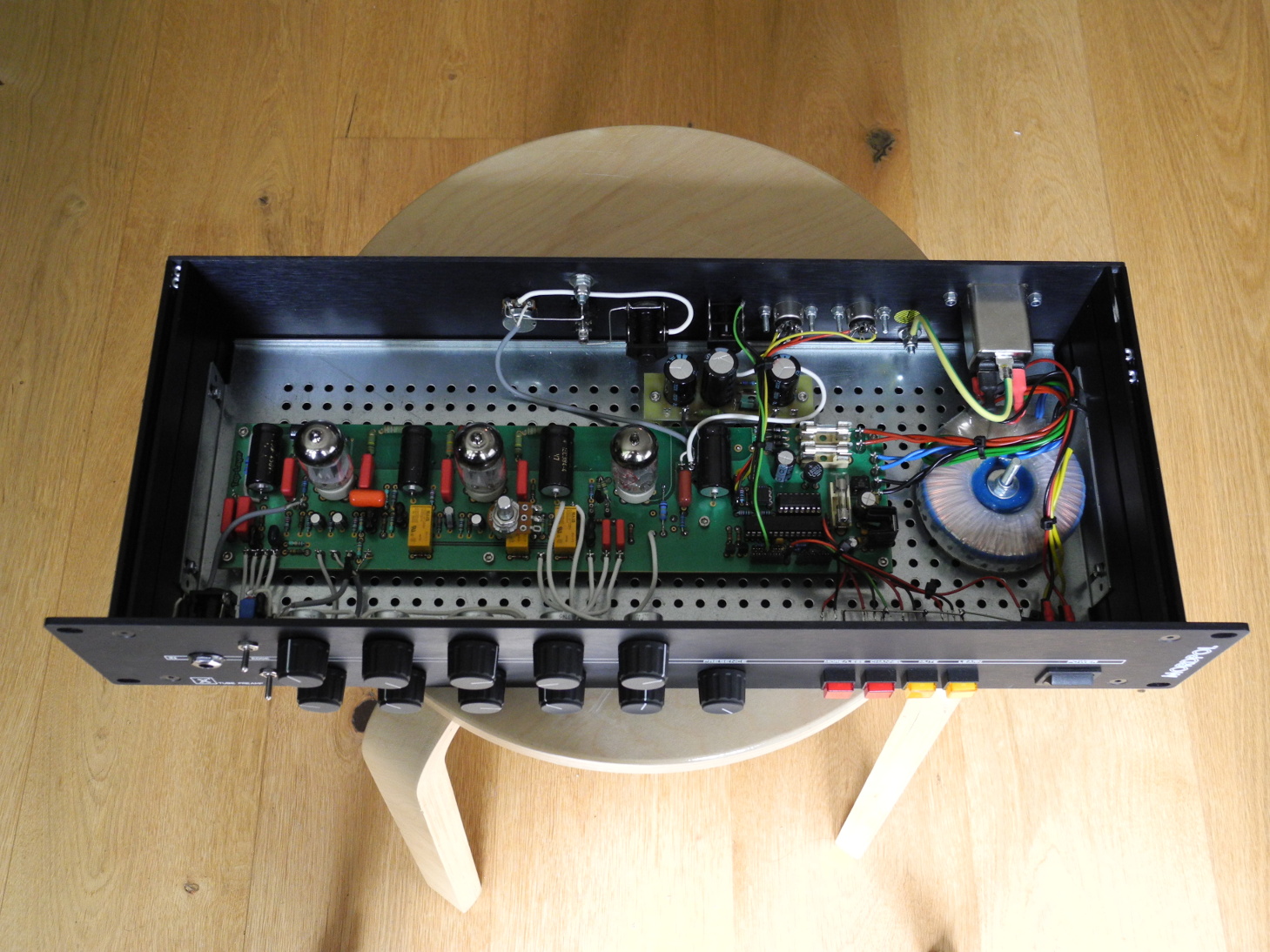 I'm still tweaking it these days, like I had problems with hum which turned out to be mostly the B+ line. Obviously I was kinda greedy with putting big enough filter caps in there, so yeah...that's what happened next:

I built a small cap multiplier on a self-etched PCB (the first one I did in at least 12 years), and right away destroyed 3 of those fets - man, those things are delicate if you don't treat them right - which I didn't. But now it seems to work, ripple on B+ is low, hum eliminated (mostly). In case anyone with real electronic knowledge sees this thing, please let me know, if I did something extremely wrong there. 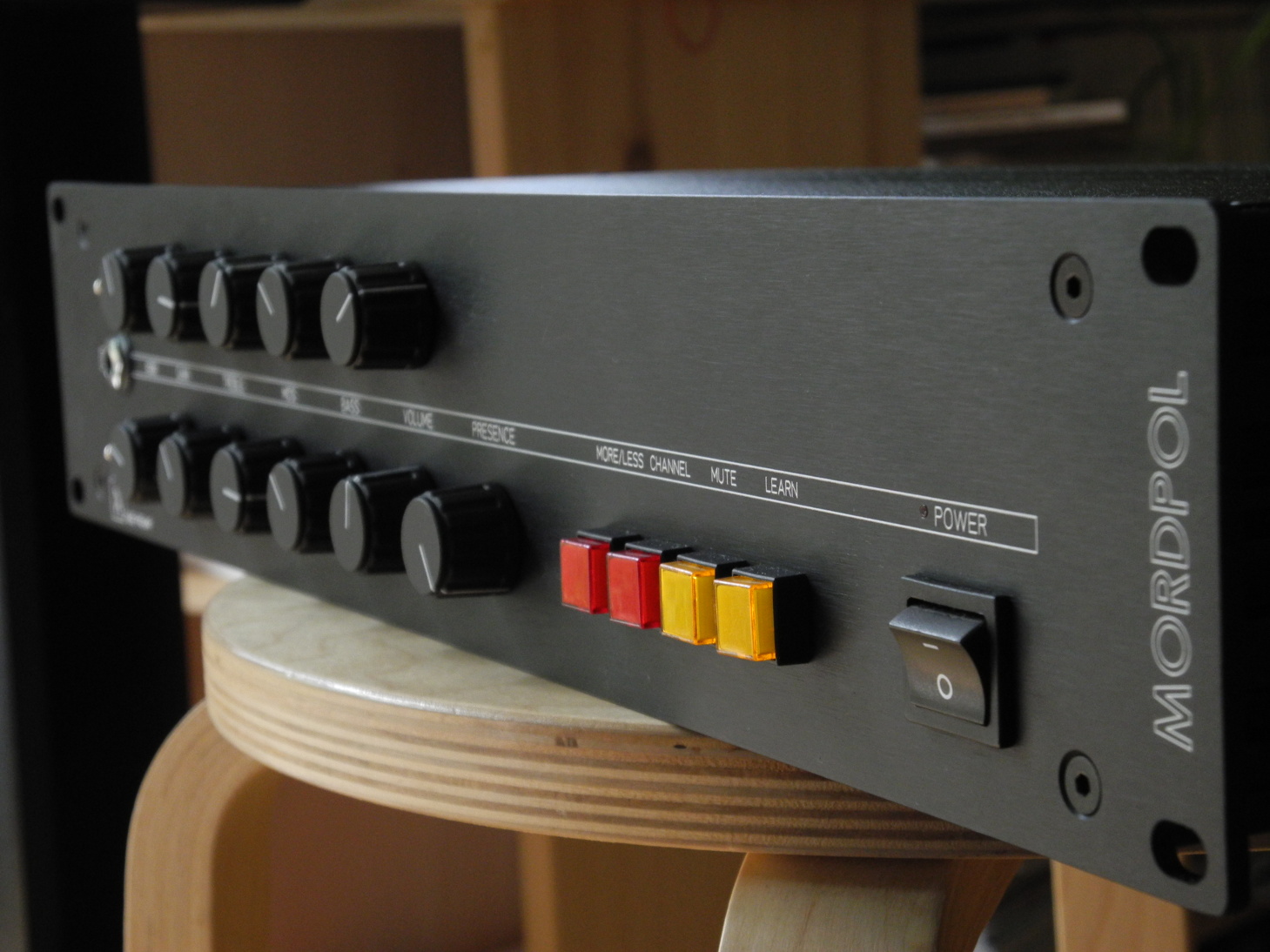 Next step is playing this thing for some time, getting used to it, tweak it a little further, put some time into programming the µC with all those MIDI shenanigans AND designing the fitting power amp for it -> design goals are: small enclosure (170mm/6.7in deep max!), two inputs, two presence/depth controls, all switchable via MIDI,same looks as the preamp. We will see...